In the face of increasing unrest following the recent overthrow of Egyptian president Mohamed Morsi, leaders on both sides of the issue are urging their followers to halt all forms of violence and use political means to resolve the conflict. Among the voices calling for peaceful reconciliation is Rev. Andrea Zaki Stephanous, Ph.D., Langham Scholar and General Director of The Coptic Evangelical Organization for Social Service (CEOSS).

Andrea shared his observations regarding Morsi’s removal from office in a letter sent July 4, 2013. In it he praises the crowds for peacefully calling on Morsi to step down and successfully “demanding their rights that the Law and the Constitution have guaranteed them.”

The letter goes on to express CEOSS’s “total support” of the roadmap for reconciliation presented by the Egyptian military, noting that it was “prepared by various political forces and representatives of the [Coptic] Church and [the Grand Imam of] Al Azhar as well as youth and women.”

CEOSS’s position regarding the current situation is very much in keeping with its long-standing mission to transform Egyptian society by encouraging Egyptians from all segments of society to work together toward common goals. For more than 55 years, the organization has been dedicated to inter-cultural harmony, social justice and mutual respect while delivering a range of social support services to more than 2 million Egyptians in more than 100 rural and urban communities. 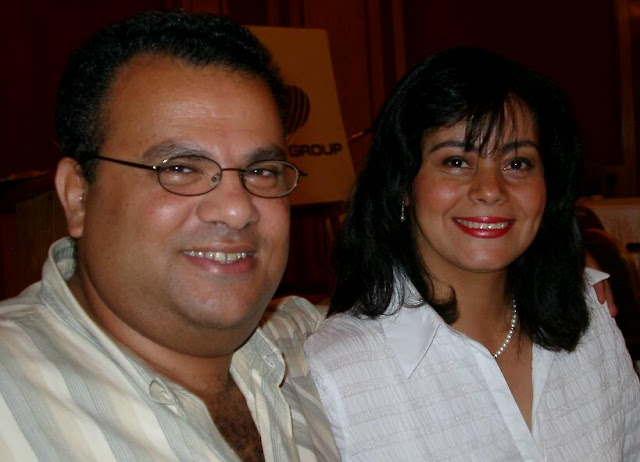 Andrea credits his doctoral studies in religion and politics, supported by a Langham Scholar grant, for transforming his life and equipping him with the skills necessary to take on his role as a leader, not only at CEOSS but in the Coptic Church, the seminary where he teaches and politics as well. As a result, the impact of Andrea’s training is being multiplied across all aspects of Egyptian society.

“By the grace of God I serve in a top position in my church and country,” Andrea told Langham Partnership’s International Ministries Director Chris Wright. “I would not know how to do so without the experience and skills of the Ph.D. Being academically equipped gives my church as a whole respect, in a culture where religious leaders are often despised as people of slogans only.”

Since taking on the role of General Director of CEOSS, Andrea has been an active voice in nurturing moral and spiritual awareness in an Egyptian context. He sees Egypt’s current political environment as an opportunity to further God’s Kingdom by advancing social justice for individuals regardless of their gender, race, religion or political beliefs.

Andrea’s closes his letter with a call for prayer, “Let us all rejoice for these unprecedented events taking place in Egypt now and let us all pray that we stay united to contribute to building a new Egypt where all people regardless of their affiliations live peacefully.”

Please join Andrea in his prayers for a united, peaceful Egypt. Pray also that God would continue to use Andrea and other Langham Scholars to equip and influence hundreds of new pastors and Christian leaders. Your prayers and financial support of Langham Scholars helps make that happen.